So far, it’s all been sunshine and rainbows in here.

Now we’re going to tackle the dark side of online community. Yes, there will be people who come to your community for the sole purpose of ruining your day.

But more likely, the challenge will come from a disgruntled customer, a member having a bad day, or a random spammer.

It’s extra painful because that is exactly what your boss feared when you suggested setting up an online community.

Avoid the urge to just screen all incoming posts. Save pre-moderation for serious situations that require a temporary lockdown. If your community is a commented blog and you need to pre-moderate, be sure you are on top of it at all times and approving legitimate posts, or you’ll drive away your community.

Here’s your game plan for dealing with some of the most common negative engagement situations.

What to do with the Unhappy/Critical Customer

First of all, wouldn’t you rather know what they’re saying about you?

If they’re posting it on your community, it means they care enough to tell you to your face, in hopes that you’ll make a change. It’s far worse to have an unhappy customer spreading the word all over social media, where it’s much harder to respond effectively.

The best response here is to be honest and direct. If an apology is warranted (if you made a mistake or someone messed up), then apologize, without the royal “we.”

If it’s not necessarily something you did wrong, but instead just something the customer doesn’t like, then make sure they know you’ve heard them out.

You’ll need to have an escalation path in place too, for a business community. Whoever is responsible for the community needs to know when and how to share a complaint “up the chain.”

One of the key benefits of a business community is getting feedback directly from customers, so establish clear ties between the community team and the product/service team.

What to do with a Community Spammer

Most modern community platforms include technology that will help you keep the spammers out, including:

If a spammer manages to get past the automatic triggers, make sure you have the ability to ban abusive posters, and/or delete their content.

What to do with a Troll

They say you haven’t really made the community bigtime until you have your first troll. But let’s define it first...a troll isn’t just someone who’s being mean. It’s a special breed of Internet citizen who is consistently disruptive, abusive, or unruly in an intentional way.

But before we can talk about how to handle a troll, we need to establish what NOT to say to a troll.

So what SHOULD you do?

It’s simple, once you’ve established that they are a troll, the only way to deal with them is to ban them immediately and without warning.

Don’t sink to the troll’s level. If you get upset, and start to deal with a troll in a troll-like manner, you’re giving them what they want, and setting a bad example for the rest of your community. Better to grab a pillow and scream into it for a while, then come back and deal rationally.

What to do with a Member Having a Bad Moment

In a community of any size, eventually you’re going to have an otherwise valuable member go “off the rails.” Everyone has a bad day once in a while.

You’ll be prepared for this scenario well if you are:

The community behavior guidelines should be clear and visible, especially during new member onboarding. Clear expectations are key.

Here are some progressive discipline tips.

There’s no such thing as a perfect community, and being composed of human beings, the group is sometimes going to feel like a herd of cats.

With this lesson, you now have some ideas for dealing with different situations, and how to remain calm, cool, and collected.

Previous
How to nurture new members and turn them into super members.
Next
Tying engagement to your organization’s goals. 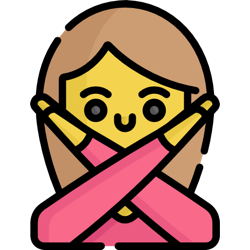